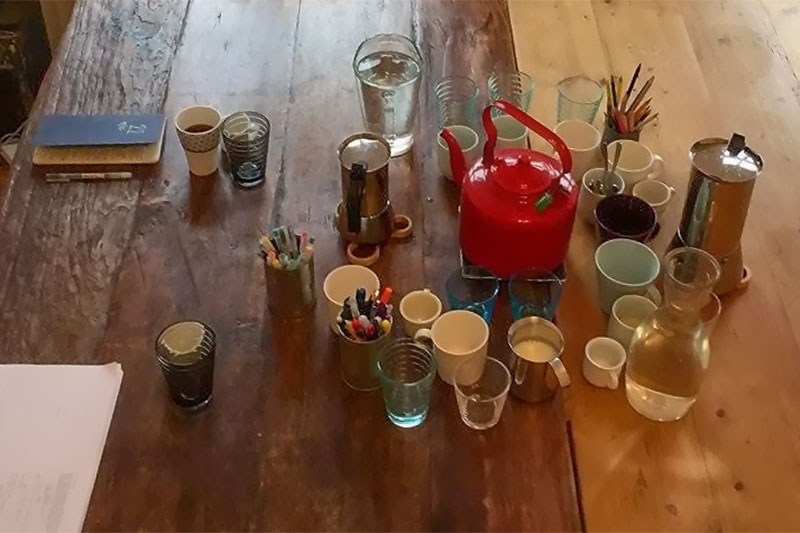 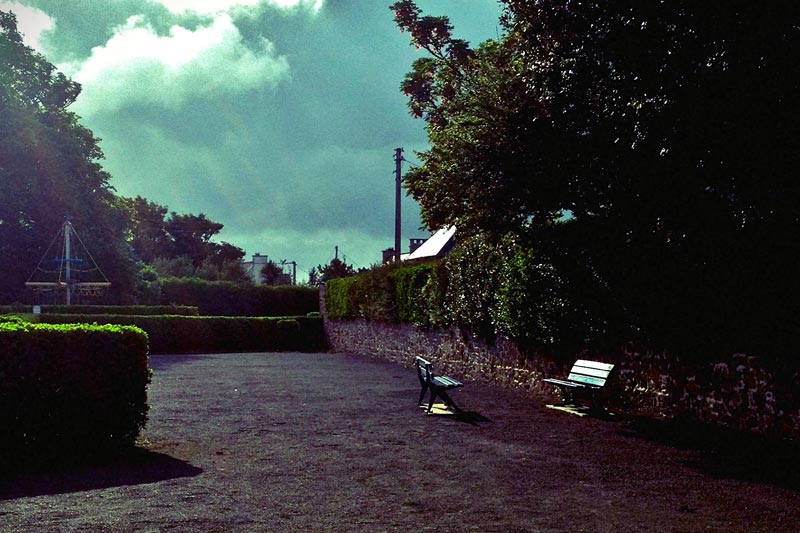 “Writing is a lonely business.”

Script Circle began as an experiment. In September 2014 we hosted the first Script Circle in Berlin. The idea was to create a secure environment in which writers and filmmakers could share what they were currently working on and receive informed and constructive feedback. By virtue of the heterogeneity of the group, this would be different from one-on-one consulting and at the same time provide a flexible opportunity, thus making it possible to participate at an early stage of writing, even before funding or producers are attached.

In each Script Circle, eight filmmakers, producers and script consultants, lead by the tutors, discuss four projects in-depth, thus giving the writers a chance of a productive peer-to-peer feedback. This can also work as a very valuable test audience and address specific questions the writers might have during development.

In addition to the in-depth discussion of each project, the tutors may also address more general aspects of writing visual narratives, from genre and character development to how to write for the screen when dealing with less conventional narratives or writer's intentions to engage with an audience beyond emotional identification. Each workshop begins with an introduction to creative collaborations and giving critical feedback.

During the first Circle we were struck by the generosity of the participants and their willingness to engage and support each other. As interest in attending the workshop grew we decided to host Script Circle regularly in Berlin, approximately every two months, also allowing participants to return with later drafts of their work. In the meantime, many participants have returned either with later drafts or new projects.

In the first three years over 150 participants from almost 40 countries have taken part in Script Circle. 100+ projects, from films that tentatively skip or boldly stride across the border between art and cinema to classical science fiction and social dramas have been presented, discussed and supported in their very diverse stages of development.

This workshop is open to writers and people involved in script development. Each Script Circle can hold 8 participants in total, 4 with and 4 without projects. Participants who take part without projects come from different fields within the film industry, producers, writers, filmmakers, editors, representatives of film funds. Those who take part without a project do so for many different reasons and are a valuable part of the workshop.

Here some thoughts about participants taking part without a project. Of course taking part with your own project means maybe you leave with concrete ideas on how to move it forward, maybe you receive feedback that tells you to keep doing what you've been doing; but whether it's confirmation or much needed support, something similar can happen when you take part without a project. For those who write - working on other projects allows you an insight into your own work that's often not possible when it's right in front of you. In addition, being part of a creative process, even in the shape of giving feedback, is most often a very inspiring experience. And for those who don't write - you read, give feedback, sometimes wonder how to convey what's on your mind in a constructive way, in a way that will 'reach' the writer, this is also for you. Many of us who work with scripts struggle with this at times and with Script Circle we'd like to illuminate this process a little, maybe even take some of the pressure away.

If you have any questions please don’t hesitate to contact us.